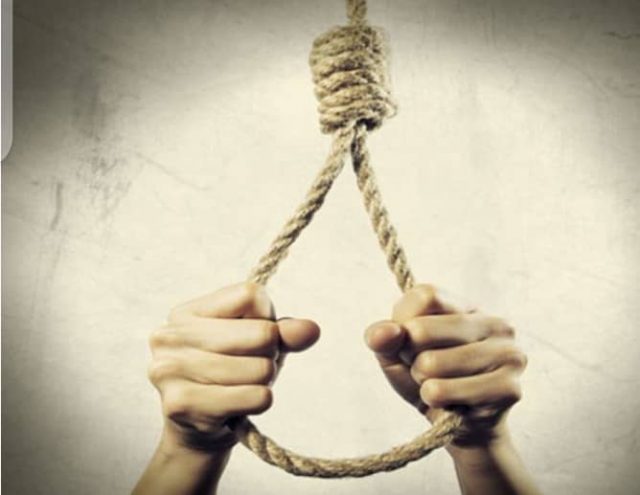 Researchers globally have agreed that there is strong correlation between recession and suicide as this could be backed up by historical data and figures. Economic recession was firstly pronounced in United State of America which later culminated into Great Depression in 1929 accounted for nothing less than 10,000 suicides.

A renowned Sociologist who worked on suicide, Emile Durkheim attributed suicide to all cases of death resulting directly or indirectly from a positive or negative act of the victim himself. He opines that as social integration decreases, people are more likely to commit suicide. With recent announcement of the Nigerian economy plunging into recession for the second time during the regime of President Muhammad Buhari, there is no gainsaying in the fact that social integration will further decline as people grapple for survival under harsh economic environment.
Nigerians may resort to taking several alternative measures to survive. This could pave way for increasing rate of substance abuse due to prevalence of depression which may later culminate into taking of one’s life.
World Economic Forum WEF in its research asserts that a slowdown in the economy, job losses, business closures, increasing energy bills and general poor performance of national economic indicators affect people’s emotional health which is also associated to rise in suicide rate.

It is already well known that suicide rates increase in times of economic strife and uncertainty. Research by WEF using Consumer Sentiment Index to measure people’s perceptions of their financial situation and the economy in general found out that there is strong correlation between the way people view their economic situation and the average suicide rate. The more negatively people view their prospects, the higher the likelihood of suicide. Statistically, a 10% increase in CSI reduces suicide rates by 1% as this shows that a more positive economic outlook can actually reduce suicide rates.

Our economy at a very basic level is primitive, not self-sustaining and all about consumption with few outlets for productivity. On top of this, we are battling with the wealth that shifted our attention from agriculture as a means of revenue generation. We inherited a framework of civil service from the colonial masters with bogus bureaucratic processes. An economy whose emoluments and salaries of civil servants constitute 90 percent of the local economies of most states. This implies that artisans, bricklayers, hairdressers, barbers and petty traders survive on salary paid to civil servants.

There was a general belief and assumptions that Nigeria so much love life that none of its citizens can never think of taken his own life. Going by record from 2003, Nigerians have always been ranked among the happiest people in the world as attested to by World Value Survey Report of 2003, which also ranked Nigeria 6th happiest people in Africa in spite of myriad of challenges confronting the nation. However, these old stories may have been faulted and the general belief and assumptions dispersed by the worrisome high rates of suicide in the last recession which began in 2016 and lasted for almost 2 years.

Before the outbreak of COVID-19 pandemic, Nigerian socio-economic indicators ranging from inflationary trend which measures purchasing power of various individuals and coefficient index which shows disparity between the poor and the rich have been worsening but the ravaging COVID-19 pandemic came to compound more on the problem.
An economist from John Hopkins University ranked Nigeria as 6th most miserable in the world. The hitherto 6th happiest people in the world have suddenly become the saddest people in the world.

According to the renowned economist, Nigeria steeped to world capital of poverty.
Rather than re-echoing the increased rate of suicide, which has reached an alarming rate in our society, I think we should begin to think of how we can stem the tide.

As an undergraduate, we were taught policy feedback and offset in economics. In all sincerity, Buhari’s policy of closing border devoid of any known economic principle. You closed border with assumption to protect local industries while the local industries could not meet up with local demands, this among other reasons for hyperinflation. The question lingers, what has the border closure achieved now? The pain is more than the supposed gains. The rationale behind closure of border has been defeated longtime ago and something urgent would have been done to offset the excruciating pains suffered by the masses. We don’t have to wait for recession to come and force us to open border.

One may come to term with certain quarters that read hidden agenda to some of Buhari’s policies because I have searched and could not find basic economic tenet for some of his policies. The southerners solely rely on importation and they do not usually eat what they eat reason why closure of border bites harder in the region. Northerners rely on export and they usually produce what they eat. Hence, the closure of border does not bite harder than the South. In fact, the closure of border has produced many billionaires in the North and has impoverished millions of people in the South. The beauty of policy is to look at the cost and benefit. I ask, what has been the benefit of border closure since implementation?

The ugly trend of last recession where suicide was at alarming rate should be prevented from taking the lead stage in this current economic hardship being witnessed by Nigerians. Globally, experts agree that the major antidote to prevent recession from biting harder is to embark on expansionary fiscal and monetary policies to ameliorate the suffering of the people occasioned by recession. It was Keynesian policy of ‘one person digs hole and another person fills it back’ that was embarked on by the then US President, Franklin Roosevelt to save American economy from total collapse between 1933 and 1939.

The policymakers should as a matter of exigency embark on masses oriented programmes as against the usual disposition of making the poor to pay for the mistake of the rich. Contractionary policies that further subjugate masses and impoverished them should be jettisoned and effort should be geared towards the reflating the entire economy.