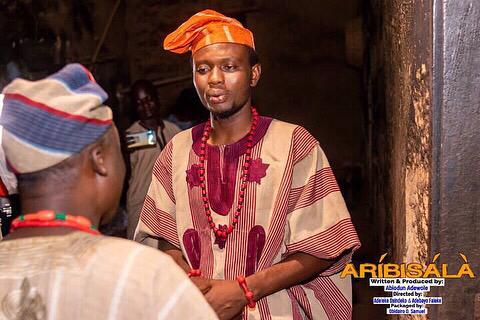 An Ibadan based OAP, Abiodun Adewole popular known as Mr. Double A, the anchor of Aditu programme and many more on Splash 105.5 FM has added another feather to his cup by writing and producing a movie titled ARÍBISÁLÀ; a yoruba epic movie with the touch of urban setting, full of suspense and other dramatic techniques.

Meanwhile, Mr. Double A is seen in another dimension in the movie as he plays the role of Prince Adekanbi who desperately desire King Adeshina’s death for him to ascend the throne of Ayetoto Kingdom. The movie is full of suspense to the extent that, nobody can comprehend the Central theme until you see to the end

The movie premiere date to be announced soon!