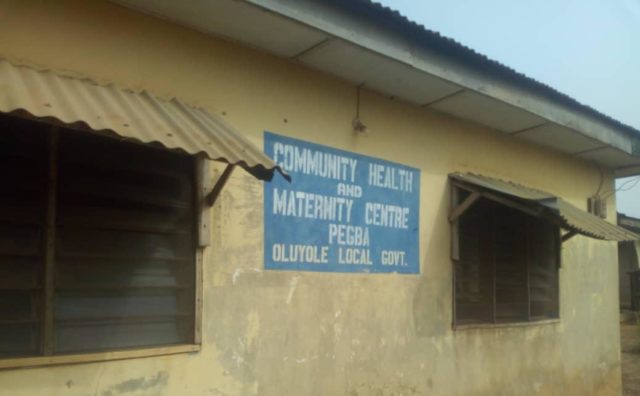 Hon Wahab kazeem Laskazz, the Caretaker Chairman of Akorede Lcda paid a working visitation to the various health centers in the council. The exercise which commenced at the completed but abandoned Mosfala health center. Hon Laskaz frowned at the attitude of the contractor and previous administration’s failure to complete the project.

The Council boss promised that his administration would ensured that the hospital become functional soon.

He assured them of Engr. Seyi Makinde’s commitment of providing qualitative and accessible health for the state residents.

Laskaz also visited Adeyeri Health and maternity center at Ayetoro that was built by the community.

At the Adeyeri Health center, the council boss received a baby that was born on the 1st of January 2020 at the center. Though, the baby was at the center for a routine immunization.

He thereby charged the staffs to be more dedicated and committed to their duty. He appreciated the community for their unrelated support to the health center and assured them of government support.