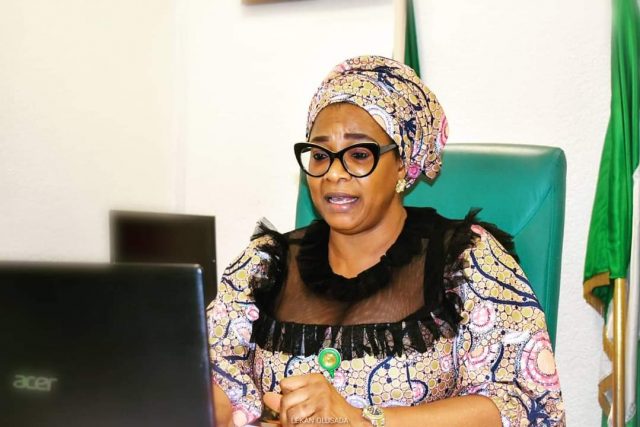 House of Representatives Member, Hon. Tolulope Akande-Sadipe K has extolled the virtues of late Pa Akin Ojebode, who until his passing on to glory was the Zonal leader of Oyo Federal Constituency.

Akande-Sadipe in a release signed in Ibadan on Monday said, Pa Akin Ojebode was like a father to most party members, whose elderly role will be sorely missed.

She said “late Pa Ojebode was a steadfast progressive and committed ambassador of APC, who stood in reverence of good governance.

Akande-Sadipe noted that Pa Ojebode, until his death, played vital roles in the stability and reconciliation process in Oyo APC, adding that his death would be felt by the APC family. May Papa rest in peace, he ran his race, a good race indeed.

The House of Representatives Committee on Daispora Chairman, also prayed that the Almighty God will grant late Pa Ojebode’s family fortitude to bear the irreplaceable loss.

In the same vein she condoled with the Rawlings family of the great Ashante Nation Ghana on the passing of His Excellency Jerry John Rawlings. A man whose tenor contributed immensely to the success story of Ghana

The federal lawmaker also noted that Rawlings restored discipline and and fought corruption in the Supreme Military Council (SMC). He saw the injustices in society among the privileged classes and their social values.

She further notes that Rawlings involved himself with the student community of the University of Ghana, where he developed a more leftist ideology through reading and discussion of social and political ideas.

At the time he got involved in national politics, Ghana was in the throes of food shortages and a dire economic situation that had led to rampant inflation. People remember him for leading by example. When he showed up he got involved.

“He was force to reckon in the Ghanaian political, stabilising Ghana’s turbulent politics and economy in the late 1970s and leaving a legacy of democracy after 20 years” she said.

Mobile Squadron Base: I Bear No Grudge Against Makinde – Alaafin

You Are An Inspiring Leader, Ayo Karim Congratulates Alao-Akala at 71