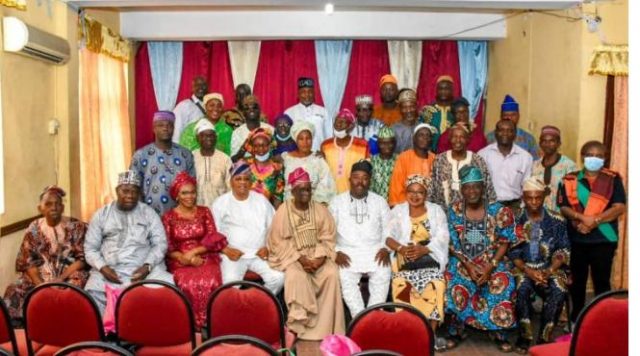 Loyalists of a former governor of Oyo state, Senator Rasidi Ladoja during the weekend met with the leadership of the all Progressive Congress (APC) in Ibadan North Local Government Area of the State, with a view to form a formidable opposition ahead of the 2023 general election.

Led by a former Secretary to the state government, Akogun Sarafadeen Alli, informed the audience that the former Governnor Ladoja was with them in their ability to rebuild the party not only in the council area but throughout the State.

Alli encouraged members of the party in the council to work together and ensure victory for the party in 2023 general election.

At the meeting were party leaders, major stakeholders in ward 1 to 12 in the council, party chairman, Hon. Tinu Adigun, Chief B. A. O. Oladeji, Dame Peju Esan, Hon Sina Alabi, Hon. Kamil Omotosho, Mrs. Sade Ajayi and many others.

“This is So Sad, I am Still in Shock”, Oyo Commissioner, Fakorede Mourns Death...

OPINION: Oyo Buckling Under The Weight Of Debts || Morufu Smith