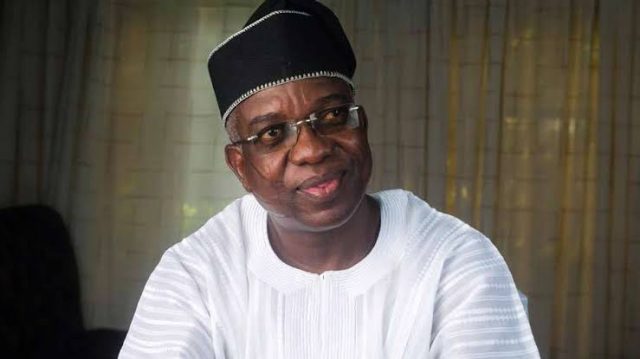 Engineer Rauf Aderemi Olaniyan, Deputy Governor of Oyo state has recently declared that his political aspirations and Ambition will be left in God’s hands

Olaniyan, who made the pronouncement after the Eid Celebration at his Ibadan residence while addressing Journalists.

He said, “the fact that he was not with Governor Seyi Makinde, when the governor went to obtain the Peoples Democratic Party (PDP) nomination form does not mean that Makinde would drop him as running mate in the 2023 governorship election, adding that there is no rift between him and Makinde”.

He continued, “I am a member of People’s Democratic party and where I am going exactly in 2023?. I know that 90 per cent of you people that are here will have the same question and that is why some of you are here.

But, on that question, you will be disappointed with the answer. Where are we going in 2023? The answer is very simple, Idina siratalmastakim. (God is our guidance)”.