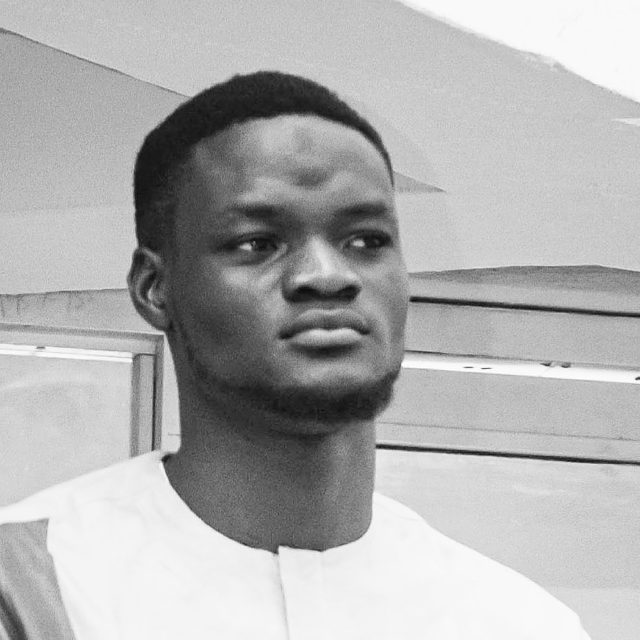 The current academic settings of many high schools (Secondary schools) in Nigeria are designed in a way that many students may not be conscious of the concept “mainstream political leadership” until later in life. In as much as schools are now adopting the election system in their Prefectship selection process, the limited number of elective offices, active coordination of the electoral processes by school managements and strong control of the students leadership still do not give the adequate preparatory/ introductory platforms into political leadership.

It is presumed that the first point of contact with independent/ semi-independent political leadership is in Higher Institutions of Learning (Universities, Polytechnics, and Colleges of Education amongst others). Most times, these platforms serve as the most effective laboratory to build effective leadership skills and put the skills to test. A reference to the likes of Peter Ayodele Fayose (The Polytechnic Ibadan, Ibadan), Japheth J. Omojuwa (Federal University of Agriculture, Abeokuta), Godwin Obaseki (University of Ibadan, Ibadan), Abass Aleshinloye ( Obafemi Awolowo University, Ile-Ife) and many more further affirms this earlier claim.

Student leadership in Nigeria may be categorized into two Platforms; The Non Political and The Political Oriented Platforms.

The Non Political Oriented Platform: this platform occurs as students’ associations/organizations which are mostly non-governmental and always driven by projects, programs, business, researches and the Sustainable Development Goals (SDGs). Examples are Junior Chamber International (JCI), Enactus, Rotaract, LEO Club, Union Campus of Journalist (UCJ), Religious fellowship (MSSN, AUCSF) etc. The significance of non-political oriented platform is its voluntary course and resources are usually pulled from their members. More often than not, you may not notice any imbroglio in these students’ bodies because the basic objective is not for agitation but contribution to the society. People hold elective and selective positions on these platforms by handling projects and programs which many a times are motivated by the goals of the body.

The Political Oriented Platform: this platform exists as unions with a regulated membership and a clear obligatory/political course; they are driven by agitation for improving welfare of their members. They claim and reclaim rights of their members from their proprietors with all sorts of measures and strategies. Examples are National Association of Nigerian Students (NANS), Federation of Oyo State Students’ Union (FOSSU), Students’ Union Governments (SUGs), Faculties, Halls of Residence, Departmental Unions, and many others. The Proprietors in this context include but not limited to Nigerian Governments, State Governments and officials, School Managements (VCs, Rectors etc), Deans and Heads of Departments.

The obligatory course of this platform has generated heat between the leadership of these platforms and their proprietors, which most times have resulted to the suspension of the leaders. One unclear thing is the measure to be used by these leaders to achieve their goals and at the same time not get victimized by their proprietors. Find about the recent Omole Ibukun (Obafemi Awolowo University, Ile-Ife), Ojo Aderemi (University of Ibadan, Ibadan), and Osemudiamen Elvis (University of Benin, Benin).

WHAT HAS GONE WRONG?
The primary assignment of the political oriented platform is simple and clear; “protection of the interests of her members”. This is meant to be the ideal anyways. Perhaps I could say, we have had comrades who stood by this value when things were sane.

However, circumstances are changing and trust issues are arising. It seems comrades are getting swayed from their primary interests; we have had allegations against leaders reaching compromise based on monetary gains as opposed to the values of those they represent.

What went wrong?
A careful look at the foundation of these groups may give an exciting insight into this matter.
The Electoral Process: First is the electoral process. Most comrades rode to power on the basis of false promises, cruel propaganda and in fact violent hijack of offices under the pretense of democracy; DEMONCRACY. How much should we expect from such leaders. While I do not in entirety ridicule the National Association of Nigerian Students (NANS), the leadership election model is not close to being worthy of emulation at the mainstream politics and International bodies across the world would distant themselves from such eyesore.

Wrong Political Intention: How much love do the leaders have for their followers that motivate them to delve into the present saddening practices? The activities of these bodies and the leaderships further show that individual interests most times motivate these hungry leaders. While the laziness of some makes it difficult for them to consider the entrepreneurship world, Politics seems to be their alternative source of income. What more could be wrong?

Poor Political Culture: As if that is not enough, the political space seems to be losing more visionaries than it requires/acquires. Sometimes, it is argued that most student leaders suffer from lack of exposure or fairly put as lacking the right mentors to inspire the deeper part of them.

Across faculties, departments, unions etc. you may be shocked to see how leaders measure their success. Their achievements are usually recorded as Dinners, Weeks, and Souvenirs amongst others. If at all more can’t be done, elements of innovation are still missing in some of these regular events and we keep asking what more could be wrong?

At this juncture, let me also ask if all the interests and rights that can be enjoyed by members of our dear associations lie in the hands of the proprietors. What about opportunities that we can create ourselves? What about problems we can personally proffer solutions? What about contributions we can make as well? I strongly feel more is attached to leadership than simply making demands.

Have we asked why national and international firms are no longer willing to use our platforms for the fulfillment of their Corporate Social Responsibilities (CSR)? Even periods that they have academic/students focused initiatives, how many times have we approached these firms with solid proposals on sustainable developments and relationships involving beyond financial requests?

I contested for Federation of Ibadan Students’ Union (FIBSU National) President in 2018, which was the first and last election I lost as an undergraduate days – I had planned to change the notion of many individuals that our association is merely for hungrily pursuing bursary from top government officials. I planned to write all the multi-national companies in Ibadan and environments with the name of our dear association, seeking for internship and IT placement for penultimate students and other concerned individuals. This involve an online platform generated for Ibadan indigenes across the country to input their details including area of study for a specified company to work with, from this data we can outline the details of our students to these companies. The beauty of this plan is not in the plan itself, but the fact that it seeks to solve a recurring problem through a sustainable and scalable initiative that can be emulated by others as well. At least, we are solving a problem.

Perhaps, it is high time we woke up from our slumbers. When the purpose of a thing is not known, the abuse is definitely inevitable. Have we not realized that the better time to reevaluate the values of our leadership is now? There are rights we need to demand from our proprietors. There is a need to explore modern strategies and tactics and abandon failing ones. Beyond being the champions of demands, we should as well have be contributing back to the system.

Let us explore the JCI active citizen framework which makes research about the needs of the people, develop sustainable strategies to solve the need, implement these strategies along with the stakeholders and eventually return to evaluate the impact of the solution that they have proffered.

THE JOURNEY TO BEING AN EFFECTIVE STUDENT LEADER; THE FUNDAMENTALS

I have been consistent in Student Leadership space for six years. This journey commenced from my National Diploma program at Federal College of Animal Health and Production Technology, Ibadan(FCAHPTIB) through my journey to Federal University of Agriculture, Abeokuta (FUNAAB) before landing at the Premier University- University of Ibadan(UI). My leadership journey cuts across Executive and Legislative roles. This includes Student Union Government, Indigenous Association, Corporate Organizations, Religious bodies and many others.

In the course of my career, I developed three fundamental qualities necessary to being an Exceptional and Effective Leader.

Charisma: Initially, I used to place character as a desired quality of a leader ahead of charisma, However, I have come to realize that it is charisma that interests people to know more about your character.

Charisma shares a lot with your reputation. (Reputation being what people think of you) starts from the way you dress. It is a cliché that “how you dress is the way you will be addressed). A leader needs to be smartly dressed. You can choose a style of your own to have a specific brand. Attend every corporate event with your chosen brand of dressing.

Second to that is your communication skill. It is very important to be prepared when addressing people. You should not leave things to chances. Learn how to talk audibly, your voice should touch people even before they see your face.

Walk smartly (the carriage of your body), not just you walk like you are tired of life already and there is no solution.

Character: Student leadership should not be seen as a form of business, there are more than enough you can benefit rather than endangering the resources of your followers. You have to be truthful at high level, have strong interpersonal relationship, be a good listener, render help and be the best version of yourself that an average individual can say – you’re a good man or woman.

Intelligence: While we can’t say some things are the best tests of intelligence, people easily form opinions of you or your intellectual ability at Press Nights, Manifesto and Presidential Debates.

You should take time to know more about what you want, conduct research, volunteer for services, read good books, attend seminars and conferences, ask questions and have a mentor to guide you – these measures will equip you to being an effective leader.

At December 2019 of this article:
I am final year student at the Department of Animal Science (Animal Nutrition Option), about seven years of my life as an undergraduate entails Leadership and Business.

Few of them are:

INAUGURAL SPEECH: We are the Father of Intellectual Unionism says 2020 UISU President