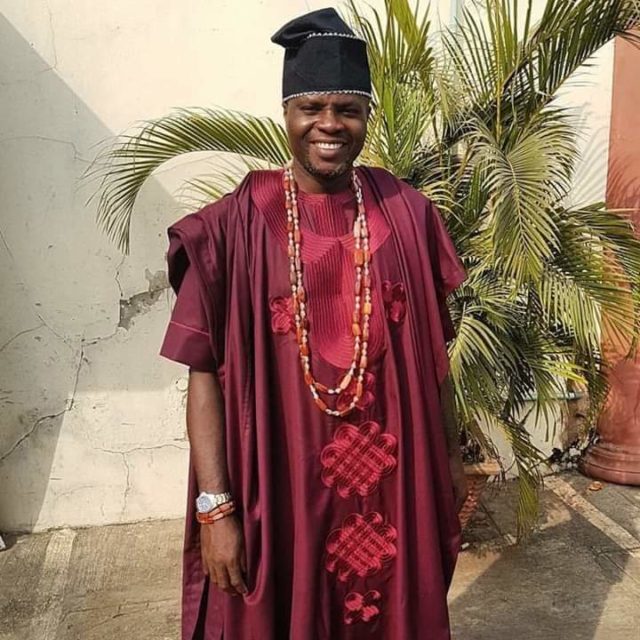 The Personality of the Week column caught a big fish who is an illustrious son of Ibadan.

He is Mogaji Abiola Iyiola of the Iyiola Family at Anlamole Compound, Isale Ijebu, Oja’ba, Ibadan.

Mogaji Iyiola is a business mogul, who founded and leads a diverse group of affiliated companies for Safeway Group. He is also the Chairman, Mumineen Relief Projects, Inc., where he plays a significant role in establishing and overseeing many of its charity aids and development programme to date.

From all of us at OYOMIND.COM.NG, we wish him a Happy Birthday. We wish him more of this day in good health and abundant blessings of God.

Mogaji Abiola Iyiola was born in the ancient city of Ibadan, Nigeria to the Iyiola of Ibadan at Anlamole Compound, Isale Ijebu, Oja’ba, Ibadan. His early childhood was spent in Ibadan where his mother, a staunch Muslim, instilled in him the strong values of Islam, characterized by piety, service to God, morality and discipline.

He was awarded the Chevening Scholarship for a post graduate study at the prestigious University of Manchester by the British Government as part of an international scholarship scheme which recognizes and enables students with leadership qualities.
He moved to United States of America in April 2003 where he furthered his education at the Texas Southern University and University of Houston, Texas.

Abiola completed an internship program at the Law Centres Network, London with a primary assignment at the Plumstead community Law Centre and Thamesmead Law Centre. He later returned to Nigeria to work at the Legal Resources Consortium headed by the Former Attorney General of Ekiti State, Mr. Olawale Fapohunda.

In 2003, he was selected as a member of a team by the British Council in Lagos in conjunction with the Human Rights Institute of South Africa (HURISA) to study the Parliamentary sessions in Johannesburg and Cape Town, both in South Africa. In all the foreign assignments and companies where he worked, Abiola left his footprint as a dedicated, committed, resourceful and result-oriented individual with a unique mental attitude for achieving unmatched corporate goals.

Growing up in Nigeria, Abiola knew at an early age that he would run a business empire, though uncertain about his choice of enterprise. A visionary man with a strong business acumen and appetite to succeed in his own initiatives, he squared up to the challenges and insecurities of the Nigerian business terrain jettisoning the comfort of paid employment to become an entrepreneur in retail business.

His venture into private business has been a huge success story made more meaningful by his success on the home front. He founded and leads a diverse group of affiliated companies for Safeway Group.  He is the Chairman of the Board for Safeway Shipping, Mattox Safeway Limited, Safeway Drilling, Space Nigeria Limited, Safeway Purelife Water and SpareParts Connect.

His exemplary leadership qualities have earned him a key position on several boards and commissions in Nigeria, South Africa and United States. He is also the Chairman of the Mumineen Relief Projects, Inc., with its headquarter in Houston, Texas USA.  He has played a significant role in establishing and overseeing many of its charity’s aids and development programmes to date.

Abiola is highly visible both in Ibadan and Houston communities dedicating approximately 40 percent of his time to public service. His passion lies in improving the quality of living amongst vulnerable groups and ensuring that the less privileged are empowered for financial independence. To him, having the opportunity to help others is a call to serve humanity and an opportunity to positively impact the lives of others by elevating their living standards.

In pursuit of these worthy objectives, he has established and pioneered credible organizations and institutions to lend credence to these noble causes.

As the Chairman & CEO of Safeway Drilling, technical training and education to 104 students in Petroleum Eng., Geology, Civil Engineering and other science related courses from neighbouring higher institutions (U.I, Obafemi Awolowo University, Lautech, Unilorin, The Polytechnic Ibadan) through Industrial Training Programs (IT). He has also trained and empowered young minds to start up their own water drilling businesses and become employers of labour, reducing the burgeoning unemployment rate in the country.

Similar impact has been made in the health and education sector by delivering functional wells and boreholes to several communities.
One initiative which Abiola is very passionate about is the provision of free access to clean water for all. His view is that the importance of water in our lives is quite often forgotten particularly in some parts of the world where access to even tap water is a luxury. One of the key goals he drives at Safeway Drilling is to continue to bring clean, sustainable water supplies to every school, and communities where clean water is a challenge. By making the process of collecting water more time-efficient, children are given better opportunities to focus on their education.

To this end, he set up effective initiatives within the Safeway group which aim to provide clean running water to disadvantaged schools and communities. From building boreholes, installing hand-pumps to setting up solar-powered water filtration plants, he continuously strives to provide the gift of water to the communities who need it the most.

HIS IBADAN HERITAGE AND ACTIVITIES

Abiola is a proud Ibadan man who is extremely passionate about his heritage and its culture. His dedicated sense of unity and belonging within the Ibadan community affords him the unique ability to identify with others of similar mindsets and backgrounds as well as respecting the cultures of others.

In recognition of his leadership qualities and contribution to the Ibadan community as a whole, he was awarded the prestigious traditional title of “Mogaji” in 2016 to lead the Anlamole community, the very place he originated from.

The title “Mogaji” is the bedrock and the fulcrum of the Ibadan traditional system, the very foundation on which the superstructure of the system is expected to rest from the peace, progress and patriotic contribution of every Ibadan household to the sustenance of a system that becomes the envy of other areas of Yorubaland. In strict interpretation, it is the first recognised traditional title in yoruba land.

Mogaji Abiola Iyiola is married and blessed with two children; a son and a daughter. 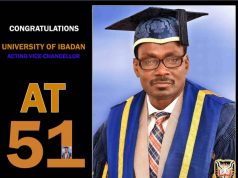 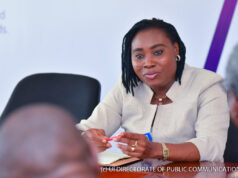 Personality of the Week

PERSONALITY OF THE WEEK: The Iseyin Born Professor Who Was Recently Recognized as the ‘Scientist of the Year 2020’ Clocks 50