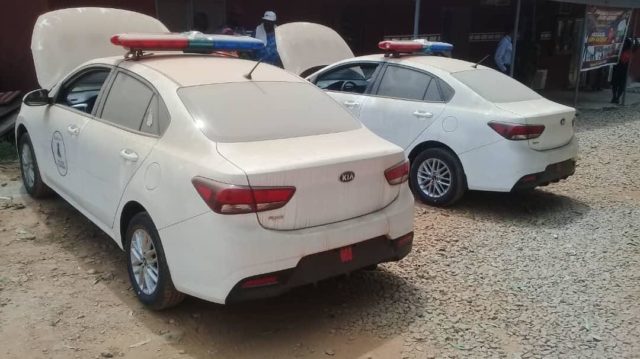 The Executive Chairman, OYRTMA, Dr. Akin Fagbemi revealed this shortly after taking delivery of the new vehicles at OYRTMA Administrative Headquarters in Ibadan.

He said the purchase is in fulfillment of Governor Seyi Makinde’s pledge to fortify the Authority with brand new operational vehicles to further enhance its daily operations and cover the 33 local government areas of the State.

In his words, Dr. Fagbemi said, “while we greatly appreciate His Excellency for this great gesture towards the enhancement and smooth running of our operations, we are poised to do even more for the service of a State we so much love”.

“Our officers’ morales are high and I can assure you of more productivity from them. We thank the Executive Governor of Oyo State, Engr. Seyi Makinde”, he said.

You would recall that two weeks ago, operational vehicles belonging to the Authority were razed by suspected hoodlums, who are since facing investigations by the Nigerian Police.

Speaking further, The Executive Chairman disclosed that the State Government has approved the immediate payment of ‘Responsibility Allowance’ to men and officers of the Authority.

“It would interest you to know that just a few days ago, His Excellency, Engr. Oluseyi Makinde approved the immediate payment of responsibility allowance to our officers and men who, on a daily basis are exposed to longer work hours and overtime. As a way of motivating them, Governor graciously approved the allowance without delay. For this unprecedented gesture, we are grateful”, Dr. Fagbemi concluded.