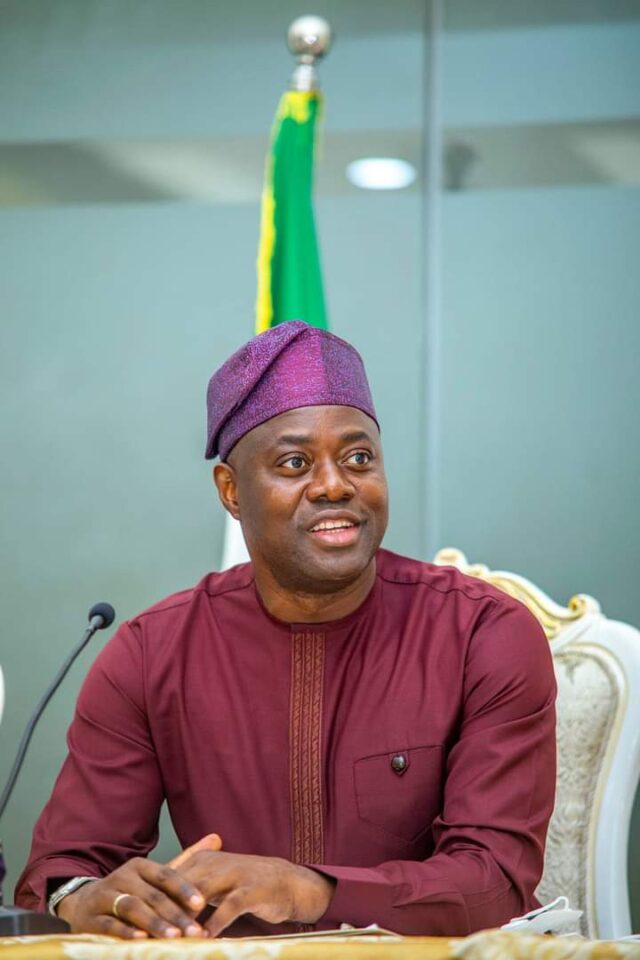 A revolution has intruded into governance in Oyo State. A sweet revolution. Ordinarily, hard times are a signal for governance and social engineering to grind to a screeching halt. The wheel rolls on a lubricant of money. When there is no money, government rests goes inertia.

That was the archaic faith until Seyi Makinde became governor in Oyo State.

2020 for all its mathematical rhythm has indeed been a year of great tribulation in the world. The rich nations draw on their reservoir of resources to treat their sick and feed the hungry. In Nigeria it has been scorched earth. The little palliative that could be mustered ended in the cavernous bellies of the powerful. Nothing got to the needy. Huge warehouses however dot the land. They are like the huge stomachs of our insatiable leaders. They kept noodles, rice and other stuff away from the poor. The discovery of such huge war chests of food still reverberate across the land.

Oyo state government got no rice. The only rice is got was fit only for the gutters. Yet Gov. Seyi Makinde shared the little he could.

The result? No warehouse scandal in Oyo state.

That however is not the object of this piece. Neither the energetic way the governor has stood on top of the waves of unrest arising from the EndSARS agitation. That performance itself merits the gold medal and will be a good tale for other times.

My port of call is how the economy of Oyo State has been held together in the turbulence of the moment.

COVID and EndSARS are a confluence of tribulation in which Nigeria has been shaken with trepidation. Courage thrives on danger just as talent is exposed by challenges.

While the federal government and several states were locking up and kocking down economically on account of COVID19, the government of Oyo State has continued to initiate and complete projects!

First l must visit the portals of the Nigerian Bureau of Statistics which shows Oyo State in an unprecedented expansion of Internally Generated Revenue which according to the body witnessed a 25 percent boost in its IGR during the third quarter.

That is pure magic.

The real story however dwels in the large list of audacious projects and programmes the state government has kept on taking on board. It is an awesome litany of ground-breaking ventures that challenge the COVID-EndSARS tsunami.

It is like nothing adverse happened in the last nine months when the world quaked in agony.

The promise to recruit 10,000 teachers and civil servants seemed to be dead with the economic crunch that attended the COVID menace. Makinde would hear none of that. He pressed home full throttle conducting tests and interviews shifting the grains from the chaff. The first list of successful candidates is to unfold in a matter of days. All that at a time when many state governments were owing salaries and thinking of retrenchment.

Every sin could be committed in the name of COVID not to talk of EndSARS.

Agbowo Shopping Centre is the massive set of buildings left in front of the University of Ibadan by the Jemibewon administration. It over time became a rag tag set of empty ugly buildings harbouring criminals and layabouts.

Seyi Makinde thought the shopping centre could be turned into a beehive of economic activities at no cost to the state through a private partnership initiative. Critics who condemned the place becoming an abode of miscreants were quick to point at the timeline for handing back the centre to the government. Nobody talks of the thousands who would get gainfully employed and the beautiful edifice that reverts to the state in the near future.

Adamasingba Sports Complex had joined the rack as a relic of the glorious vibrant past. The turf had gone coarse and ragged. The environment had gone dirty and unkempt. The once proud shoppers who frequented the malls became not so proud. Matches were still played there, but it was because there was no better alternative. Money and glory were going down the drain at Adanasingba. Seyi Makinde rose to the occasion. Typically.

The panacea was the Alternative Funding Initiative which staggered the payment of the contract sum long after the contractor would have delivered. Only 20percent was expected to be paid upfront. The result? The sports complex is on its way to joining elite stadia in the country. It is wearing a new covered up egg-shell look that has become so popular worldwide. All for some brilliant thinking in the midst of little or no funds.

The list is by no means ended. Similar creativity has been deployed for rebuilding several roads like the Saki-Igboho and Ajia- Ife roads. These projects have come alive with the government using the same Alternative Funding Initiative.

One must not forget the economic multiplier effects of the resuscitation of the Oyo State fruit juice company which is now in a private public partnership initiative spear-headed by AGVEST, a company with proven expertise in that area.

Shell is bringing also to Oyo State a massive pipeline infrastructure that will boost the economy of the state and provide hundreds of jobs. The MOU has been signed and all is set for this ambitious oil and gas project all at no cost to the government. Who said Oyo is not an oil state?

It would seem that the Makinde government grew even more aggressive and more creative in its drive for better living in Oyo State. COVID has been tamed in Oyo State. IGR rose by 25percent and jobs are springing up across board. They range from blue collar government jobs to factory employment. It is not the first time governments have been copying the Makinde government. Only they wont slash their own salaries! In no time, similar initiatives will grow in other states and Abuja. As usual.

That is what Makinde does. He sets examples for others to follow. 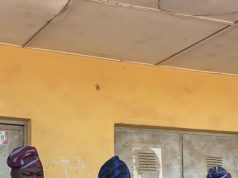 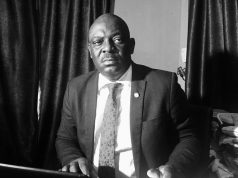 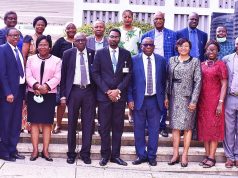 Ajimobi’s Burial Arrangements Released, To Be Interred at Oke-Ado Mosque