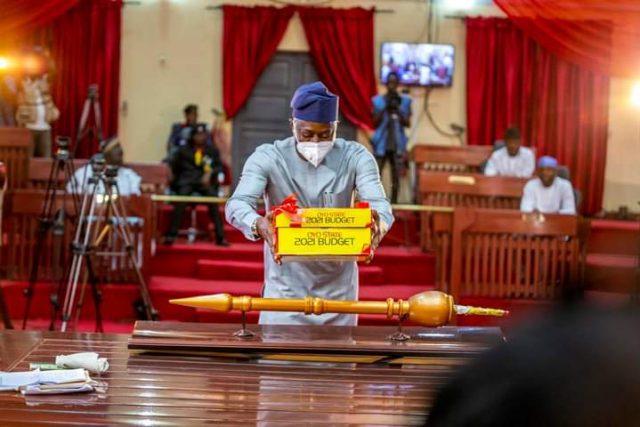 We are all aware of the process which led to the emergence of the present governance in the state, when the former was full of himself despite his stylistic approach to govern. If workers could complained of non payment of salaries then an ordinary citizen should also speak for infrastructure.

In other to balance between the average and the lower class which should be the main target of the government, the past administration manages within the two sides to make balance. In all fairness, late Governor Ajimobi didn’t owe workers salary in his first term not until the second term when he was to make balance by concentrating on the infrastructural development.

When we thought the former is no more for us, we opted for another man of the season whom by coalition or whatever process is our God sent for another four years if the coming of our saviour tarries. Alas!

Oyo state comprises of five major geo political zones namely; Ibadan, Ibarapa, Ogbomoso, Oke Ogun and Oyo. And for the whole of this zones, the present government had budgeted some amounts that will be spend for the fiscal year. Its embarrassing that up till this present moment nothing has been done in my zone as regards what was written in 2020 budget. The present government promised us farm settlement and acclaimed 5km road linking the speaker’s family house. Another budget for 2021 has been presented to the house and nothing has been done in my zone.

It was not funny last week when three Prado Jeeps were presented to some politicians worth 150million. Also, during the end SARS protest at Ogbomoso, the monarch was compensated with 100million naira when hoodlums attacked his palace and vandalized properties. These are expenses that were not budgeted. Aside from the contracts already awarded by the last administration that were rewarded by this present government, tell us any project that is 2020 budget and has been executed.

The same way the last administration started that we all faulted it, great people, let’s rise to counter this kind of government. What’s on paper should be followed to the fullest.

Watching plenary of this present administration might even get you frustrated. Imagine parliamentarian calling Governor “oga wa”. When will they learn to use their constitutional prowess the way it should be.

What has the present government done in your area? Come out bold to convince us. If you don’t know the reality of governance, they have two years for us and the other two years will be for campaign and pure politics.

Our elders should also come out plain to us,perhaps they have battered what should belong to the masses for their wallets. We expect more from Governor Seyi Makinde because he promised us the best.

Do we have to marvel at incompetence all in the name of celebrating politics? What’s the problem delaying the executions of 2020 projects. If at this point in time nothing has been done on 2020 budgets that means there will always be roll over. Let me charge the leadership of Engineer Seyi Makinde to be proactive than been decisive. No one is talking about the projects of 2020. Are we to wait for election time when you will come back to use them as campaign for us. Remember, electorate are more wise now.

This is just to charge the government of the day so that you won’t think everybody is slumbering while you are misbehaving. Wake up before it is too late.