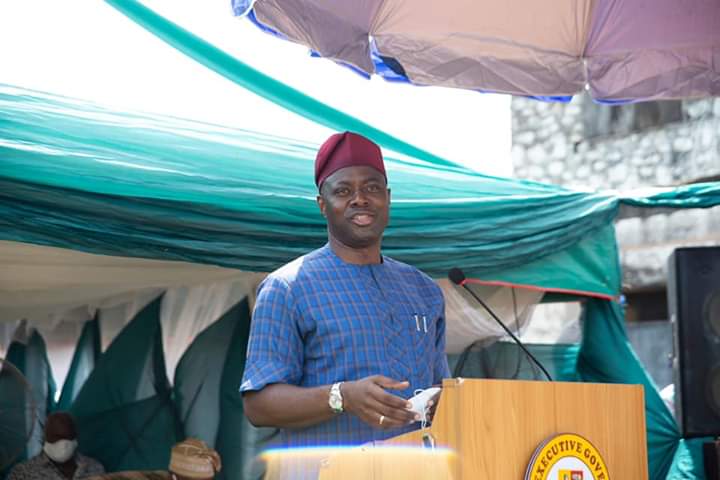 Worthy of note is the method adopted by Oyo state Government. They were able to effectively collate data of the genuine poorest of the poor and their needs. It is also important to appreciate their decision to package complete balance diet for the vulnerable. Despite the frustration, ill-politicking from APC members that are representing us at the federal level, Oyo state was able to set the template once again for her peers while giving preference to our local farmers. It’s no longer news that the state under kind leadership of GSM patronises local products for this palliatives purpose.

Few hours after rolling our the packages, opposition in the state came out with their mock criticism stating that there was no rice in the stimulus packages and one will ask, did they forget easily that their Boss sent expired bags of rice to the state which according to analysts could be injurious to human health?

Is there any journal where it is stated that there must be rice in one’s diet especially where we have readily available yam that can also be converted to yam flour and direct consumption. It is now crystal clear that their issue is beyond amnesia.

Should we continue to advise them that Covid-19 is not a respecter of political parties, religion, tribe, ethnicity or race. Are they not aware that collective hands rescue mission? All these questions are begging for swift answers.

In as much as I will always encourage opposition in the state so as to give room for checks and balances, I will advise them to make it constructive in nature and never throw caution to the wind while discharging their opposing duties.

They must not allow the poor masses serve as bait for their unguided politicking. Politics is sweet only when the rules are strictly followed.

While praying for nomalcy to return in Nigeria and the whole world at large, I have also resolved to always remind the opposition party members on why we must collectively fight this common enemy called corona virus.

Makinde approves Retraining of Oyo Teachers, Production of WAEC Past Questions and Solutions

PEN-TA-GUN: The Error Of Auxilliary And The Grand Return Of Terror In Oyo ||...