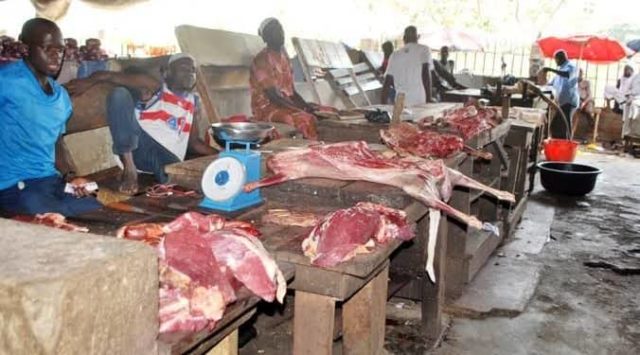 Oyo State government through the Commissioner for Agriculture and Rural Development, Ojemuyiwa Jacob Ojekunle has charged the Butchers’ Association of Nigeria (BAN), Oyo State chapter, to ensure strict compliance with the state government’s directive to members to operate at government-designated centres at the Central Abattoir, in Akinyele Local Government Area in Ibadan.

The disclosure was made at the weekend during a stakeholders’ meeting, organised by the State Ministry of Agriculture and Rural Development at the State Secretariat in Ibadan, the state capital.

The Commisoner added that the directive was in the best interest of the citizenry who consume meat daily without knowing the source or the process that produced the meat for consumption.

Mr. Ojemuyiwa Jacob Ojekunle, while addressing the stakeholders, stated, that the government was interested in the well-being of the people which necessitated the need for enforcement of environmental and food hygiene.

“The regulations guiding butchering and meat processing in the State are in place, so is the law that every butcher must do this at the central abattoir at Akinyele until other ones are in place.

“The health and well-being of the people are paramount to the government and we will not joke with the adherence, nobody should violate this, it is for our own good.”
He stated that the state has food vendors scattered across the state and it is important to ensure that meat supplies into the society by members of butchers association are produced under the most hygienic condition to guarantee safety of all consumers.

“Strict compliance to the directive is important as it will among other things help the State government manage data of the market operators in order to block all financial leakages emanating from saboteurs who would not comply with government directives,” he said.

NEW YEAR MESSAGE: Our Government Will Be All Inclusive, Says Akorede LCDA Chairman