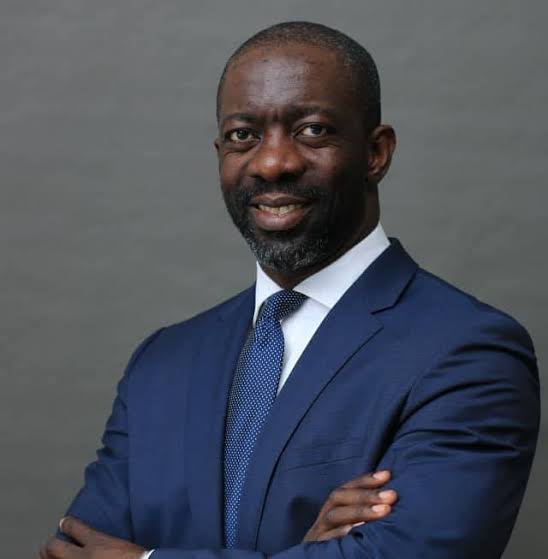 A one time Commissioner for Finance under the Abiola Ajimobi Government, Hon Bimbo Adekanmbi has strongly refuted a news item credited to him and carried by an online News medium under the headline “N7b Diverted By APC Govt: Makinde’s Allegation Is Real – Ajimobi’s Commissioner For Finance Admits, Warns GSM Over Sensationalism“,

Adekanmbi urged the general public to disregard the news, as the ruling party, through their paid media personnel twisted his statements about the said money just to score political points.

It could be recalled that Bimbo Adekanmbi last week reacted to governor Seyi Makinde’s claim that Seven Billion Naira of the State’ money was stolen through the Oyo State Road Maintenance Agency, ( OYSROMA ). The revelation which was made by the Governor on a radio program in Ibadan anchored by the popular radio presenter, Edmond Ebilo on Splash 105.5fm.

The one time Commissioner in a statement to clear the air in respect of the Seven Billion Nara Paris Club refund said, it is unwise for the ruling party to be using the media to mislead the public about some sensitive issues in the state. He challenged Governor Makinde to follow up on any individual or group caught or linked to have stolen money from Oyo State.

According to Bimbo Adekanmbi, ” My attention was drawn to a write-up prepared by an online blogger, circulating on social media with different headline. The headlines and the main content were twisted out of context and were published as my statement in respect of the 7billion Paris Club fund claimed by Oyo state governor, Engr. Seyi Makinde, to have been stolen.

At first, I decided to overlook the publication but later considered making more clarification and advising the paid media personnel on how to write balanced news stories.

” When I was on air at Splash 105.5fm discussing state issues, the anchor played a recorded voice of governor Seyi Makinde, where he explained that Seven Billion Naira of the state money was diverted to one of the Oyo state established agency, OYSROMA and from there the money was stolen through a company, Chinese Global, the governor faulted the process in which the money was paid into OYSROMA’s account.

The transcript of my interview was very clear, I explained that every MDA, including OYSTROMA justifies its Budget and based on this, monies get paid to the Agency for its Projects. OYSTROMA therefore was paid N7 Billion Naira based on its defended Budget for its Projects and Programmes.

As a past Commissioner of Finance, I took the present administration through the elementary process of public sector Budgeting and Finance and the circumstances under which Government funds can be spent in Government Agencies, provided that the amount demanded for had been justified and captured in the stated budget.

In addition, I went on to offer the present government my time and cooperation, free of charge, to assist the government in efforts to recover any funds that may have been looted from Oyo State, irrespective of which Administration such infraction may have occurred in.

Adekanmbi thereafter used the opportunity to plead with online News Mediums and Writers to report news in its proper context and to seek direct clarification where necessary, as he is fully available in service of Oyo State interests.