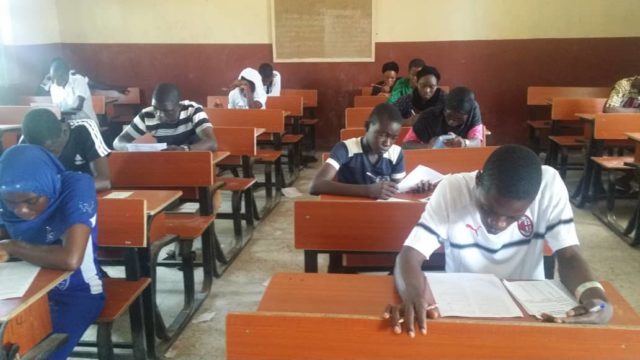 The Olusegun Okanlawon Foundation (OOF), a non governmental organization based in Ibrarapa Zone of Oyo State, on Saturday 7th December, 2019 conducted an aptitude test for applicants who applied for the 2020 edition of OOF UTME scholarship.

OYOMIND.COM.NG recalled that first edition of OOF UTME scholarship held last year (2019) where 120 free forms were distributed but was later increased to 150 for this year (2020).

While the test was ongoing at the Obaseeku High School centre in Eruwa, one of the supervisors Mr Charles Olatunde saw an applicant named Adegoke Kabirat with drip in her hand. Kabirat, few days to the test, was diagnosed of typhoid and hospitalized for treatment but managed to show up at the aptitude test centre due to her dedication and love for education.

This situation was reported to the founder of Olusegun Okanlawon Foundation, Engr Olusegun Okanlawon who having seen Kabirat picture immediately mandated his team to contact the girl and pay her visit at her house in Lanlate. Engr Okanlawon had already packed a notable amount of money to take care of the hospital bill and set of provisions to be delivered to the girl.

More so, Engr Okanlawon promised Kabirat an automatic UTME form he assured her of sponsoring her University education provided she passed the UTME examination.

Kabirat while receiving the OOF delegates said she does not have any sponsor apart from her mother who is striving to foot her educational bills. She then thanked Engr Okanlawon for his kind gesture towards her as she promised to prepare well and pass her exam.

Kabirat Mother who expressed her happiness as her daughter received the good news prayed for the foundation to continue to thrive as they help people to achieve their desired goals. 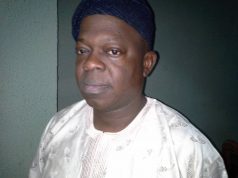 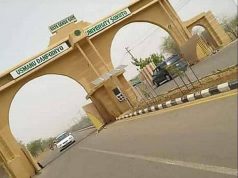 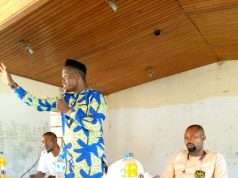 Alli Celebrates Buhari at 55, Urges Not To Relent on His Contributions to Humanity