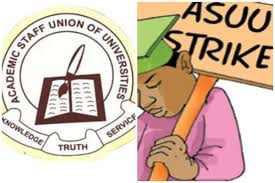 The chances of things changing for good in the Nigerian education sector are very slim. The Nigerian President’s children had their education abroad, likewise the children of other top politicians in the country. No wonder they exhibit less concern about Nigeria’s education system. They abandoned it to continue to decay and deteriorate.

These people are killing the educational system of this country. So the wards of the poor and the middle class won’t have access to qualitative and quantitative education. It’s obvious that these politicians only want good things for themselves and their children.

The Academic Staff Union of Universities (ASUU) has been on strike for over two months now, and it is left to fight the battle alone; the union has been fighting for a better educational system and the well-being of its members for over more than two decades. Many stakeholders have kept mum on this issue as if nothing is happening, they are only concerned about the 2023 election. These people are less concerned about those who can’t afford to attend private universities. The victims, students, who can’t afford to study abroad or attend expensive private universities are sitting at home due to the industrial action implemented by the academic union.

Some Nigerians are finding all means to study abroad due to the inconsistent and decayed Nigerian educational system. According to Nairametrics, Nigerian students recorded the highest student visa approval jump in two years, from 8384 in 2019 to 43,200 by 2022, a rise of four and 415.3%. I don’t blame these students. They tend to avoid the kind of time wastage educational system set up by their government.

I and many other poor students have nowhere to go. We are left with the option of using six years or more to obtain a BSc degree.

The National Association of Nigerian Students (NASS) has done the little it can do by meeting with the Education Minister of the country, though no positive result yet. I think the meeting alone is not enough, physical actions need to take place.

The manner and the approach in which the government is handling the issue of the ASUU strike appeared unruly and arbitral. This kind of attitude that is being exhibited by our leaders towards the educational system can be viewed as unpatriotic. They are not willing to provide the kind of nice education system and structure they enjoyed during their time.

I always have thought that the Nigerian leaders could be sanctioned by international communities and powerful countries of the world because of their negligence and their lackadaisical attitude towards the education of this country.

Despite the 2030 Agenda for Sustainable Development, adopted by all United Nations Member States-Nigeria is also a member. The 17 Sustainable Development Goals (SDGs), and Quality Education included, are an urgent call for action by all countries. But Nigeria has failed to meet up with the call and took the wrong method in achieving this goal.

Oyo Govt Treats 23 victims of Olore Correctional Center, as Over 100 Reunite with...